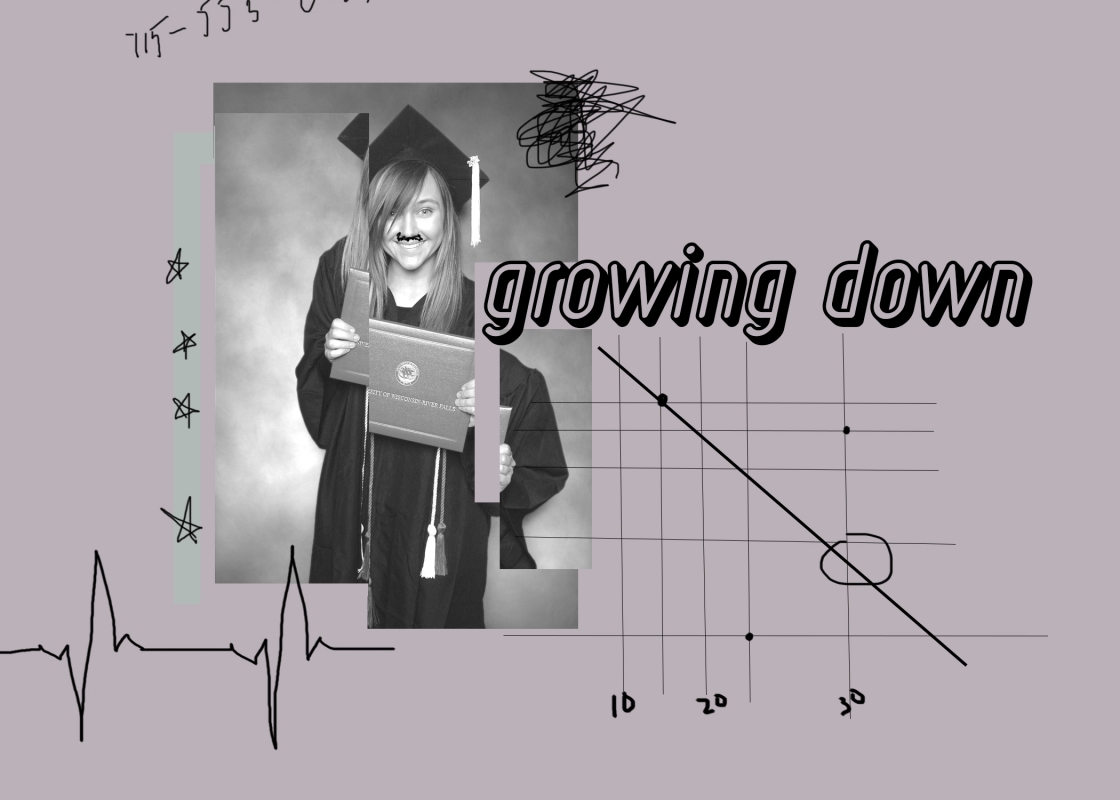 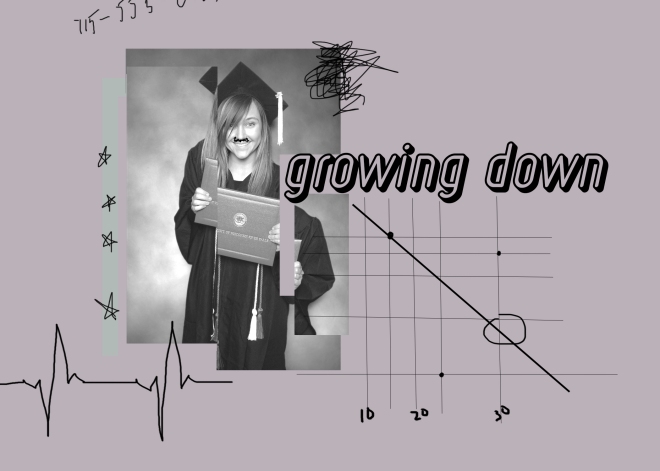 I am not good at growing up. When I’m lucky, I grow diagonally—like a graph that has a slope of .25 (I think that means not very steep?)

But most days, I think I’m growing down.

Except I also didn’t know that the light switch to a lamp in our house also turns off the wifi. I found out when no one could get on the internet, including me.

Sometimes I look in the mirror and think that I’m not as pretty as I used to be. My face and my legs used to be slimmer when I was little. I didn’t need makeup to cover up acne or a straightener to make my hair look normal.

I thought about growing down when I graduated in December. I was ready to laugh at the transformation as I swiped through pictures of me from my freshmen year of college. I didn’t laugh because I looked the same. My hair was the same length. Just about the same color. Straightened back to normal.

In the middle of college, I chopped my hair and colored it dark. But as the years went on, it had morphed, shifted, lightened, and suddenly grew back exactly the way it was. I stared at those pictures wondering if I had changed at all.

I had even thinned out a little—returning to my normal weight after the puffy-ness of recovery. When you recover from an eating disorder you eat too much because you forget what it’s like to eat without a disorder. A lot of meals are eaten trying to remember.

You remind yourself that a sandwich is a normal size for a stomach. You remember there actually isn’t a rule written saying you can’t go back for seconds. You try to remember that people aren’t watching you eat even though it feels like it, but you keep forgetting so you plan to eat in private. Except that’s where you eat too much (you think) and that’s why you look puffy (you think).

Anyways, when I graduated I thought I was finally back to a normal weight and my hair looked the same length and when I stared in the mirror my eyes were still the same HEX number blue.

I felt like the flat part of the heartbeat line you see in those doctor shows. The ones that beep and bounce and glow in lime green. The ones that start and end with a flat line, and the middle is steep climbs and sharp falls. It’s frantic and full of…

Maybe I am just alive.

That this ‘growing down’ simply means I am living. And the sameness of the flat lines needs to happen sometimes. Only God knows the real reason for them, but here is what a doctor said,

“Do not be overly concerned if your EKG shows flat lines in between peaks and valleys–this is normal.” 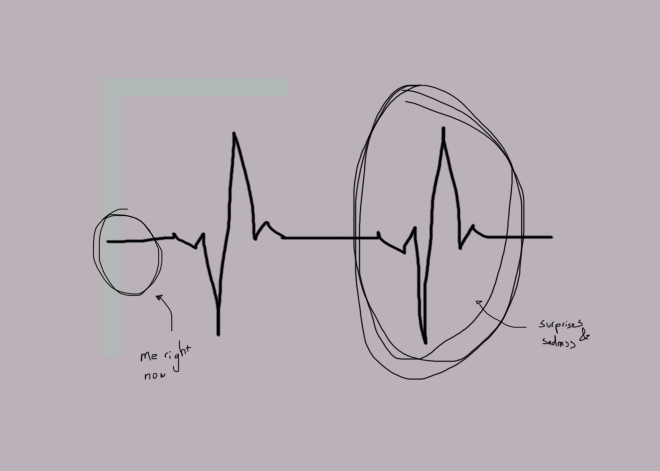 And maybe, like the lines that keep us alive, we aren’t supposed to grow up so fast anyways. Not up all at once, but growing gradually—diagonally.

There is an uncomfortable comfort in the flat lines—when you feel dead inside because nothing has changed. These lines show me that whatever I have learned or lost, I have the same insides.

Mine have shown me that when the spike of success shoots down, I am still dangerously insecure. That symptom tells me I am in need of a good dose of God’s Truth in my veins.

In the crazy beats of life, I can barely breathe much less speak. But the flat lines remind me that I have something to say. Kinda like I am doing now.

I think it’s during the flat lines that I find my faith again. Faith in God and faith in who he made me to be. I have faith that God will not only grow in our lives, but that he will use us to resuscitate life in others.

(Even if we can’t properly close a shower curtain)

“Don’t overlook the obvious here, friends. With God, one day is as good as a thousand years, a thousand years as a day. God isn’t late with his promise as some measure lateness. He is restraining himself on account of you, holding back the End because he doesn’t want anyone lost. He’s giving everyone space and time to change.” 2 Peter 3:9 MSG

other things i think.